Home Archive Why Boxing Above All Other Sports Should Pay Heed To Lance Armstrong´s... 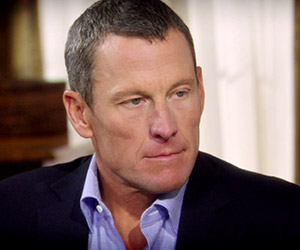 The news that
Lance Armstrong admitted to taking performance enhancing drugs for each and
every one of his seven Tour de France victories in an interview with Oprah
Winfrey on US TV has stunned sports fans the world over.

Many, like me,
retained a faint glimmer of hope, maybe naively so, that Armstrong had been
telling the truth for all these years, that he was in fact completely innocent,
and would come out swinging on Oprah´s show. Instead, he pretty much admitted
to taking every form of PED known to man, as well as having blood transfusions.

The Tour de
France is the biggest annual sporting event in the world, and one that has been
plagued with PED use in recent history. As a result, The Tour´s drug testing is
arguably the most sophisticated and stringent on the planet. And yet, Armstrong
was never actually caught in the traditional way – he never failed a drug test,
and no-one was tested more often than he during his competitive career. Armstrong
was eventually done in by the sheer weight of witness testimonies against him.
If a man
with the knowledge of how to avoid even the most sophisticated drug testing can
do so, year after year, how easy must it be for today’s highly paid boxing
superstars to do the same, when the testing for even the biggest fights in the
sport is haphazard at best? 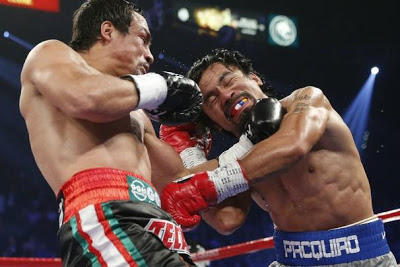 Witness the
recent Manny Pacquiao Juan Manuel Marquez fight in Las Vegas. Both men have
been under scrutiny in recent years for the way they have successfully climbed
the weight classes, adding muscle to their naturally small frames and increasing
their punching power. And yet there was virtually no drug testing for this
fight! Marquez looked bigger, stronger and more defined than at any time before
in his long career, and despite being almost 40, floored Pacquiao in the third
round – the first time he had floored the Filipino in four fights – and then
knocked him cold with a single right hand in round six. Coincidence? Maybe,
maybe not.
The problem
with PED´s in boxing compared to all other sports is this: boxing is the only
sport in which taking steroids will increase how hard a fighter punches an opponent
in the head, therefore increasing the level of damage inflicted on the brain.
It is a frightening thought that if PED use is rife in boxing, the level of
brain damage inflicted on fighters – plus related diseases like Parkinson´s
Syndrome and Dementia Pugilistica – will reach epidemic proportions among
boxers in the coming years.
If a tennis
player takes PED´s they will have greater stamina and more power in their shots.
A golfer will drive the ball further. An Olympic athlete will run faster. A
weight lifter will lift more weight. And a cyclist will be able to cover
incredible distances easier and faster. Apart from themselves, none of these
sportsmen will actually be hurting other human beings.
This all
goes out of the window where boxing is concerned. If a boxer willingly takes a
course of steroids or growth hormone, knowing full well that these drugs are
going to increase their strength and punching power, and then enters a ring and
attempts to punch an opponent, they are as guilty of assault as if they had
horseshoes in their gloves. And if an opponent were to die from brain damage
from blows inflicted by a steroid induced boxer, manslaughter or even murder
charges should be brought against that individual, as well as all members of
his team that were complicit in his actions.
The Lance
Armstrong scandal is clearly just the tip of an enormous sporting PED iceberg,
one which we should all be aware of, and that should be investigated thoroughly.
But in the case of boxing, it should not just be down to the drug testers to
monitor fighters, it must be the responsibility of trainers, managers and
promoters to ensure that our already dangerous sport does not become a deadly
one.