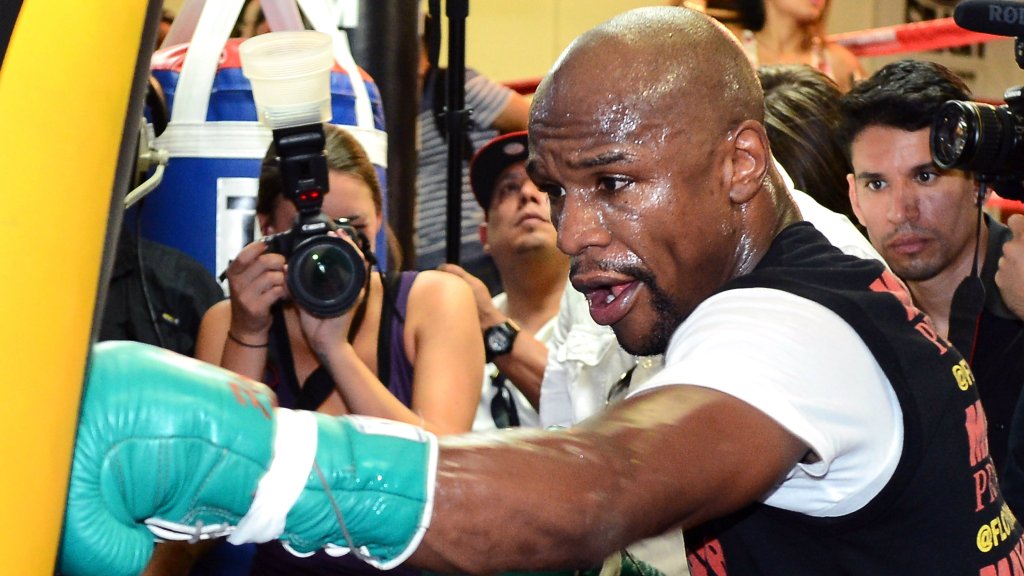 Out of respect to Haitian-American WBC welterweight champion Andre Berto who pulled out of his scheduled January 30thunification fight with Mosley in the wake of the Haitian earthquake that claimed the lives of several members of his family, all negotiations have been done quietly behind closed doors.

Both Mosley and Mayweather (40-0, 25 ko´s) have promotional ties with Golden Boy Promotions; Mayweather is co-promoted by them in conjunction with his own promotional company in a setup similar to the deal Golden Boy has with David Haye and his Hayemaker Promotions.

Mosley (46-5, 39 ko´s) is promoted by and is a partner in Golden Boy Promotions. GBP´s CEO Richard Schaefer is handling negotiations on behalf of Mosley.

“It’s like a breath of fresh air, and I’m sure you understand what I’m referring to. Things are going very smoothly. It’s a mega, mega-fight, and we’re happy that we’re going to be able to give the boxing fans what they want to see.”

It is understood that Mosley will give into Mayweather´s demands for blood testing before the fight. It was disagreements surrounding blood testing protocol that ultimately led to the collapse of Mayweather v Pacquiao negotiations.

Richard Ellerbe said on the matter;

“Floyd has made it clear that any man who steps into the ring against him must agree to random blood and urine tests.”

Mosley is no stranger to drug controversy himself. Following his stunning second victory over Oscar De La Hoya in 2003 for De La Hoya´s WBC and WBA junior-middleweight titles, rumors and speculation began that Mosley had used performance enhancing drugs.

Sure enough, several months after the De La Hoya fight, Mosley was one of many professional sportsmen and Olympic athletes linked to Victor Conte and the Balco Labs scandal. Mosley came clean, and admitted he had used what he thought were health supplements supplied by Conte, but turned out to be the notorious, virtually undetectable designer steroids known as the ´the cream` and ´the clear.`

Luckily for Mosley, his connection to the scandal seemed to disappear from both the tabloids and the public conscience with his admittance.

Always a likable character, the ever smiling Mosley was soon back in the ring, but until last year´s sensational win over Antonio Margarito, never quite the same fighter. Back to back losses to Winky Wright in 2004 shattered his reputation, and when he was outpointed by Miguel Cotto in a WBA welterweight title fight in in 2007, the writing appeared to be on the wall. A dreadful outing against Ricardo Mayorga followed. And then came Mosley´s redemption in the form of his shellacking of Antonio Margarito, battering the controversial Mexican to a one-sided 9th round TKO and taking Margarito´s WBA welterweight title in the process.

Now, at 37, Mosley is once again hot property, and looking toward possibly the biggest fight and biggest payday of his career. Can he do the unthinkable and become the first man to beat the Pretty Boy? Of course he can; he´s Shane Mosley.