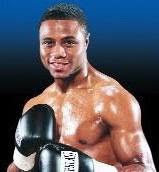 The talented Haitian born, Quebec based Jean Pascal (24 – 1, 16 ko´s) makes the second defense of his WBC light-heavyweight crown this Saturday night at the Bell Centre in Montreal, Quebec. He takes on the big punching Romanian Adrian Diaconu (25 – 1, 16 ko´s) in a rematch of their war in June of this year.
British fans will remember Jean Pascal as the man who gave Carl Froch all he could handle when the pair clashed for the vacant WBC super-middleweight title at Nottingham in 2008. In one of the Fights of the Year, the pair went toe to toe for twelve rounds, taking turns to rock each other with booming shots. Pascal, powerfully built at 5´11´´, with a rolling, rhythmic style not dissimilar to that of Archie Moore, was a perfect foil for the upright, robotic, 6´2´´ Froch. But Pascal tried too often for the big, showy punches, allowing Froch to pile up points and ultimately take a unanimous decision, and the WBC title.
Far from dejected after the defeat, Pascal decided to move up to 175lbs and campaign at light-heavyweight. His performance against Froch must have scored him some “browny points” with the WBC because in his first bout at light-heavyweight, he challenged Quebec based Romanian Adrian Diaconu for the WBC light-heavyweight crown. Once again, the resulting fight was a thriller. The chunky, undefeated Diaconu, like IBF super-middleweight champion Lucien Bute a Romanian who has fought the majority of his professional bouts in Quebec, employed his usual pressure tactics, while Pascal chose to stick and move and box on the outside.  Pascal floored Diaconu in the fifth and had the Romanian on the verge of a stoppage, only for Diaconu to come back with a booming right of his own and turn the fight around. The action was non-stop, and the result was a classic matador v bull confrontation with Pascal winning a unanimous decision in what was arguably the best light-heavyweight tile fight of the last ten years.
Pascal made the first defense of his title just three months later stopping 43 year old Italian veteran Silvio Branco, himself a former two-time WBA light-heavyweight champion in ten rounds. And on Saturady he goes head to head with old rival Diaconu again.
Jean Pascal is a tremendous athlete, and an awesome physical specimen. The light-heavyweight division, which in the past has boasted some of the greatest fighters in history, has been in a slump recently, and is still dominated by pre-historic fighters, with 44 year old Bernard Hopkins, 40 year old Glen Johnson, 41 year old Antonio Tarver and 40 year old Roy Jones still figuring high in the ratings.
29 year old Pascal and 27 year old Chad Dawson are the future of the division. Adrian Diaconu is a brave warrior of a fighter, who took far more heavy shots from Pascal than he gave out. Look for more of the same in the rematch, but look for the supremely confident Pascal to step up the pressure and stop Diaconu around the eighth.
Big fight odds; Pascal 1/3, Diaconu 9/4 bet365