Home Archive ”Manny Pacquioa is a good fighter, the greatest of all time” says... 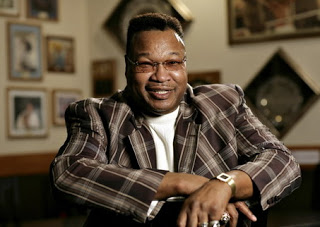 In an interview with Gulf News, former world heavyweight champion Larry Holmes spoke about the never ending saga of Manny Pacquiao and Floyd Mayweather.
The 62 year old Hall of Famer who retired in 2002 after compliling a 69-6 record (44 KOs) said:

“I think Pacquiao and Mayweather will still fight. It may take a little more time and a little more money but I think it will still happen. These latest comments are just to raise suspense. It would be good for boxing and it would help the sport if these two fought because nobody else is really left in boxing at the moment that everybody still knows.”

Holmes, who was visiting Dubai, said: ”It’s a big fight but I don’t think it’s the end of the world if it never happens. It’s a good fight and a lot of people are going to make a lot of money but it’s not the end of boxing if it doesn’t go ahead because one man can’t stop the show.”

Holmes had his share of big fights including title defences against Muhammad Ali and Gerry Cooney that netted him millions of dollars. He initialy retired after losing for the second time to Michael Spinks in 1986, but made a series of comebacks over the years, including fighting for the world title again against Mike Tyson in 1988 (L KO 4) and Oliver McCall in 1995 (L PTS 12) when he was 45 years old.

Paquiao made headlines last week when he was quoted as saying that God had spoke to him in a dream: “I will not stay long in boxing because he [God] said: ‘You have done enough. You have made yourself famous but this is harmful.”

Holmes knows better than most about the perils of fighting on for too long, and said of Pacquiao: “He knows his body, he knows what he wants. I don’t know whether he still needs the money but he’s fought a lot. If he don’t want to fight no more hey I feel good about that. Boxing is not for everybody if you stay in it too long you get hurt.”

Holmes also aluded to it being Mayweather’s fault that the fight everyone wants to see has so far not taken place.

“If they never fight it wont be Pacquiao’s fault. Every time they came round to fighting Mayweather put his excuses in. Pacquiao did all he can. He did all I would have done. I think Mayweather just got a little too scared if you ask me. If he thinks Pacquiao is taking drugs so what, he should just say: ”You take it, you kill yourself that isn’t going to help you, because with my talent and ability I believe I can still beat you.” But he was scared to take that challenge.”

“At the end of the day when you’re the champ you’re the champ. Pacquiao was the one going up a weight class for Mayweather not vice-versa, and Mayweather is the one who can’t earn a big price unless he fights Pacquaio, not the other way around. Pacquaio is a good fighter the greatest of all time. People have always paid big money to watch his fights and always will.”