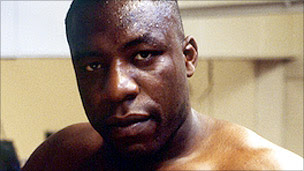 Gary Mason was killed today in a cycling accident aged just 48. He was riding his bicycle in Wallington, south London, when he was hit by a van.
Mason was pronounced dead at the scene. The driver of the van has been arrested on suspicion of causing death by reckless driving.

Mason will be remembered as being part of a trio of outstanding British heavyweights that dominated UK domestic scene throughout the eighties and nineties along with Frank Bruno and Lennox Lewis. Despite being almost the same age, Mason never got the chance to fight Bruno, and suffered his only professional loss in 38 fights to Lewis in a British and European heavyweight title at the Wembley Arena in March 1991.

In that fight the 28-year-old Mason was a betting favorite, but a year earlier had received surgery to repair a detached retina in his right eye.
Lewis targeted the eye relentlessly during the fight, forcing a stoppage in the seventh round of what had been a closely fought contest, with Lewis admitting years later to a reporter: “You may be surprised, but of all my opponents, Mason hit the hardest.”

Born in London, the son of a Jamaican carpenter, Mason grew up in Clapham, South London. After a solid amateur career, Mason turned pro in 1984 under the management of Mickey Duff, with a first round knockout of Al Malcom. The hulking 6′ 1” Mason already weighed 230 lbs on his debut, and would regularly weigh a solid 245-250 lbs during his boxing career.

Duff brought Mason along beautifully, and by the time he stopped Hughroy Currie in four rounds at the Royal Albert Hall to win the British heavyweight title he was a world ranked contender with names like Alfonzo Ratliff, Rickey Parkey and James Tillis on his record.
That year Mason scored what would turn out to be his best victory as a pro, knocking out former Olympic super-heavyweight gold medalist and one-time Mike Tyson challenger Tyrell Biggs in seven rounds. The victory took Mason to 31-0 and 4th in the WBC rankings.

The following year Mason suffered retina damage during his points win over cement chinned American Everett ”Bigfoot” Martin, and the resulting surgery kept him out of the ring for nine months. He returned in December 1990 to halt chunky Mike Tyson wannabee James Pritchard in seven, and his losing fight against Lewis, who was just 14-0 at the time, came three months later.
Ironically, at the time of the Lewis fight, Mason was regularly mentioned as an opponent for the comebacking George Foreman.

The resulting eye damage following the Lewis fight left Mason unable to get a license to fight in Britain. He attempted a comeback three years later in America, but after scoring two stoppages over nonentities, he retired for good aged just 32, with a record of 37 wins against just one defeat. He scored an impressive 34 ko’s, and was never floored in his career.

Mason had managed a dual career as a jeweler while boxing, but unfortunately ”Punch and Jewelery” would fail soon after his retirement. Mason would turn his hand to many projects over the coming years including promoting both boxing and arm-wrestling, and working for Sky TV as a pundit. Prior to his sudden death, Mason had been working as hospital porter.
He is survived by a son.