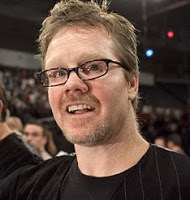 Amir Khan´s trainer Freddie Roach wants the 22 year old WBA light-welterweight champion to make the next defense of his title on the undercard of the Manny Pacquiao Floyd Mayweather mega-fight
that has been penciled in for Las Vegas on March13th and would be Khan´s US debut.
Roach said;
´´I would love for Amir to fight on the undercard of Manny’s next fight. Amir would be ready by March, no problem, for another world title defense. There are a lot of big names for him now, here in Britain, and in the States. Juan Manuel Marquez is one, while Jose Luis Castillo is making a comeback and has told me he wants to fight Amir. The only guy I don’t want him to fight is Manny and I want him to spar with him before Mayweather. Amir’s speed is good for Manny and Amir is the only guy who can keep up with Manny in the gym. When they train, they are like machines.“
The early stages of the negotiations for what could be the richest fight in boxing history have gone remarkably well. The fight will be at full welterweight (147lbs) and Mayweather will get the 25 feet ring he has demanded. The negotiations over the purse split are unlikely to go as smoothly.
Early big fight odds; Mayweather 4/6,  Pacquiao 11/10