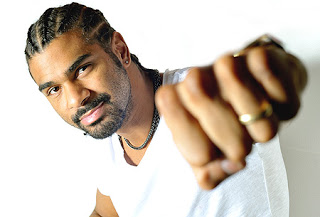 David Haye has revealed that no fewer than six heavyweights and their managers have made him offers for his next fight.

WBA heavyweight king Haye and his trainer Adam Booth want a longoverdue showdown with one of the Klitschko brothers towards the end of the year – a fight that will set box-office records in Britain or Germany.

“I’m still talking with the Klitschko brothers and their representatives,” said Booth. “But now there are a lot of other fighters involved in the chase to get David in the ring.

“I would be foolish not to consider everybody in the mix and that includes a lot of well-known boxers from Britain, America and beyond.