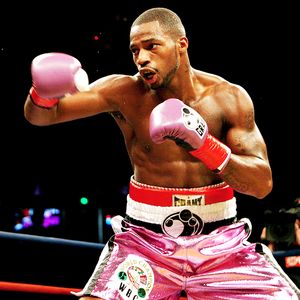 28 year old Dawson suffered a surprise defeat against current WBC champion Canadian Jean Pascal last August, his first loss as a pro. A rematch is in the works for early this year. Dawson has been the dominant man in his division for the last four years, and has scored wins over Glen Johnson (twice), Antonio Tarver (twice), Tomasz Adamek and Eric Harding.

“It was very frustrating watching Chad, who I think has an enormous amount of talent, fighting the wrong type of fight against Pascal,” Steward said. “At this stage of my career, I’m only going to work with fighters who can achieve greatness, and I see greatness in Chad Dawson. Chad Dawson will regain his light heavyweight title and perhaps add titles in the super middleweight and cruiserweight divisions. He is that talented. Chad needed a change in direction, and we think Manny Steward is the perfect tonic. … Much of Chad’s past success is owed to his former trainer, Eddie Mustafa Muhammad. But as they say, styles make fights, not just inside the ring but inside the gym, and after reflecting on several issues following the Pascal fight, a change in trainer seemed to be the prudent decision. However, with that said, I have the utmost respect for Eddie as a man and as a professional.”

Emmanuel Steward, the trainer of IBF/WBO heavyweight champion Wladimir Klitschko, is one of the most respected men in his field, and lists names like Thomas Hearns, Lennox Lewis and Oscar De La Hoya on his CV.