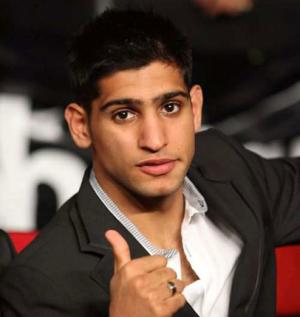 According to Amir Khan’s official website, amirkhanworld.com, the speculation surrounding the opponent for his April date at the M.E.N Arena is over.

“Amir Khan is pleased to announce that he has reached an agreement to fight undefeated European champion, Paul McCloskey, at the Manchester Evening News Arena on Saturday April 16th.
WBA world champion, Khan, said: “I am delighted that this fight has finally been put together following some tough negotiations. This is a matchup the British public want to see and will be a fantastic fight between two of the best light-welterweights in the country.”
Khan will leave for his US training camp on the 9th of February following press conferences in Manchester and Belfast. ”
Prior to this announcement the names of Kell Brook, Junior Witter, Zab Judah and Timothy Bradley had all been mentioned as possible opponents for the 24 year old, with the McCloskey deal having fallen by the wayside due to financial disagreements. Now Khan’s original choice of opponent is in place, and he can begin to prepare at his trainer Freddie Roach’s Wild Card gym for what will be his fourth title defense.