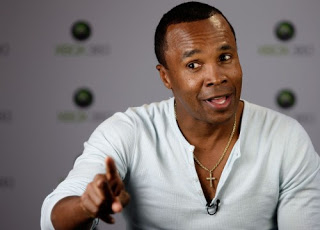 Boxing legend Sugar Ray Leonard was in London this week to promote his autobiography – The Big Fight.
It was a whistle stop tour that saw him guest on Jonathon Ross’ ITV chatshow amongst other appearances. While the 55 year old Leonard is long since retired from the ring, he remains an ardent fight fan, and like millions of others around the globe, is waiting in anticipation of the fight everyone wants to see – Manny Pacquiao vs Floyd Mayweather. Leonard believes the two should put their differences behind them and get it on now rather than later, as both 33 year old Pacquiao and 35 year old Mayweather are in danger of slipping.

Leonard told SunSport this week: “Speaking as a boxing fan, naturally I want to see that fight — and I want to see it sooner rather than later. It won’t be the same if they leave it much longer.”

Mayweather will be in action on May 5, challenging Puerto Rico’s Miguel Cotto for his WBA light middleweight title. Pacquiao takes on American Timothy Bradley in a WBO welterweight title defence on June 9. 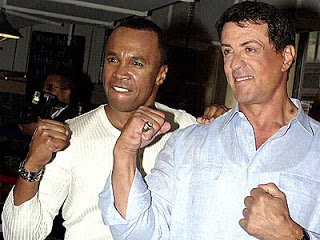 “On the strength of Pacquiao’s last fight against Marquez, you had people saying that Mayweather would definitely win should they meet.” said Leonard, alluding to Pacquiao’s controversial majority decision victory over nemesis Juan Manuel Marquez last November. “But you can’t say that because it would be an entirely different fight between Pacquiao and Mayweather.” he added.

“I think it’s a great fight and from a psychological standpoint I’d give Mayweather the edge, although I wouldn’t bet my house on it.
That’s what makes that fight so significant and intriguing, because either man can win. It depends on who brings their A-game the night of the fight.”

All time great Leonard, who won titles in five weight classes and retired with a record of 36-3-1 with 25 KOs and defeated other legends like Tommy Heans, Roberto Duran and Marvin Hagler, is adamant that both Pacquiao and Mayweather also deserve to be rated among the ring’s greatest ever fighters.

“Talent-wise they’re up there, and they both deserve to be. It’s unfortunate, and it’s not their fault, that in their era they dominate and there’s no one else on the same level as them. They’re both very talented but I still won’t count out Bradley against Pacquiao, or Cotto against Mayweather. Put it this way, there is a lot of talent out there and neither Pacquiao or Mayweather can afford to fall asleep at the wheel.”

As for Britain’s Amir Khan, a stablemate of Pacquiao’s and possible future Mayweather opponent: “I’ve seen Khan, he’s got so much going for him.” said Leonard. “He just has to stay focused and have that tunnel vision, but he’s definitely got the talent. Maybe he needs a little bit more experience, but in due time I think he’ll be there.”