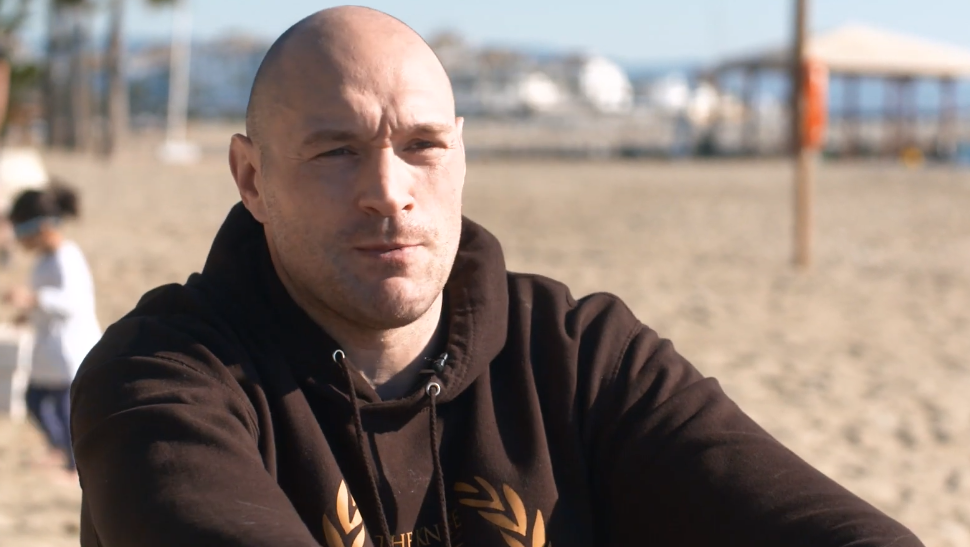 This week, Manchester’s Tyson Fury, the former WBA/WBO/and IBF heavyweight champion, announced an exclusive promotional deal in the US with ESPN, America’s premier sports cable network. The deal is worth a reputed $80 million, making it the third most lucrative of such a deal, behind Canelo Alvarez’s current $360 million deal with DAZN, and Floyd Mayweather’s 6-fight, 30 month $240 million deal with Showtime back in 2013.

30-year-old Fury (27-0-1, 19 KOs) could ultimately make more money than either of those two fighters, as his ESPN deal just covers the US. Fury is free to negotiate a separate deal with the likes of Sky or BT Sports for the hugely lucrative UK market. Some critics have suggested that Fury’s ESPN deal means he will be less likely to fight either Deontay Wilder in a rematch car, or fellow UK heavyweight star Anthony Joshua, the current WBA/WBO and IBF champion. Wilder has an exclusive deal with US cable giants Showtime, while Joshua is signed to Matchroom in the UK, and DAZN worldwide.

Last November, Fury left fans and experts dumbfounded by his brilliant display of boxing, not to mention incredible recuperative powers, in his epic split decision draw with WBC heavyweight champion Deontay Wilder in Los Angeles. Despite being knocked down twice by the devastatingly powerful Wilder, the second seemingly for keeps in the 12th round, Fury dominated the rest of the fight and looked to have won a clear decision, only for the judges to see things differently.

His performance was even more astonishing considering Fury had spent the best part of two years out of the ring following a bout of acute clinical depression that saw him vacate his world titles and slip into a world of drug and alcohol abuse. During that time, Fury ballooned up to 400 pounds in weight, and contemplated suicide. During his comeback, Fury has stressed that he is fighting as much for the recognition of depression and mental health issues as for success in the ring.

A rematch between Fury and Wilder is the hottest ticket in boxing, but one which now looks in jeopardy. Fury however begs to differ:

“They have to come to Tyson Fury now because I’ve got my own platform in America and in the UK, so now they’re going to have to come through me. ESPN’s the biggest sporting network in the world.”

Regarding his potential rematch with Wilder, Fury said:

“If I didn’t want to fight him I wouldn’t have done it in the first place. As far as I’m concerned it’s more makeable now than ever, because we’ve the biggest boys in the game behind us. I want Joshua, Wilder, and everyone else out there too. If you’re watching Deontay, I’m coming for you, baby!”

Fury’s manager Frank Warren revealed that Tyson is likely to fight more regularly in the US, and regardless of opponent, that is where his next fight will be.

“Tyson wants the Wilder rematch” said Warren. “We all want it and will make it happen. It’s a different situation now. Showtime’s not the only game in town. It’s changed dramatically, so it’s up to us now to sit down and get it over the line. I want him out as soon as possible. Talks are continuing but he’s not going to sit around waiting. We’ll get him out. He wants to be active and become a big star. The name of the game’s get out there, get busy, and get those belts. ESPN will be Tyson’s exclusive broadcaster in the States and have a platform of nearly three million. It gives Tyson the chance to become the guy to fight – unlike when he had to go to Germany to fight Wladimir Klitschko or on Showtime for Wilder.”