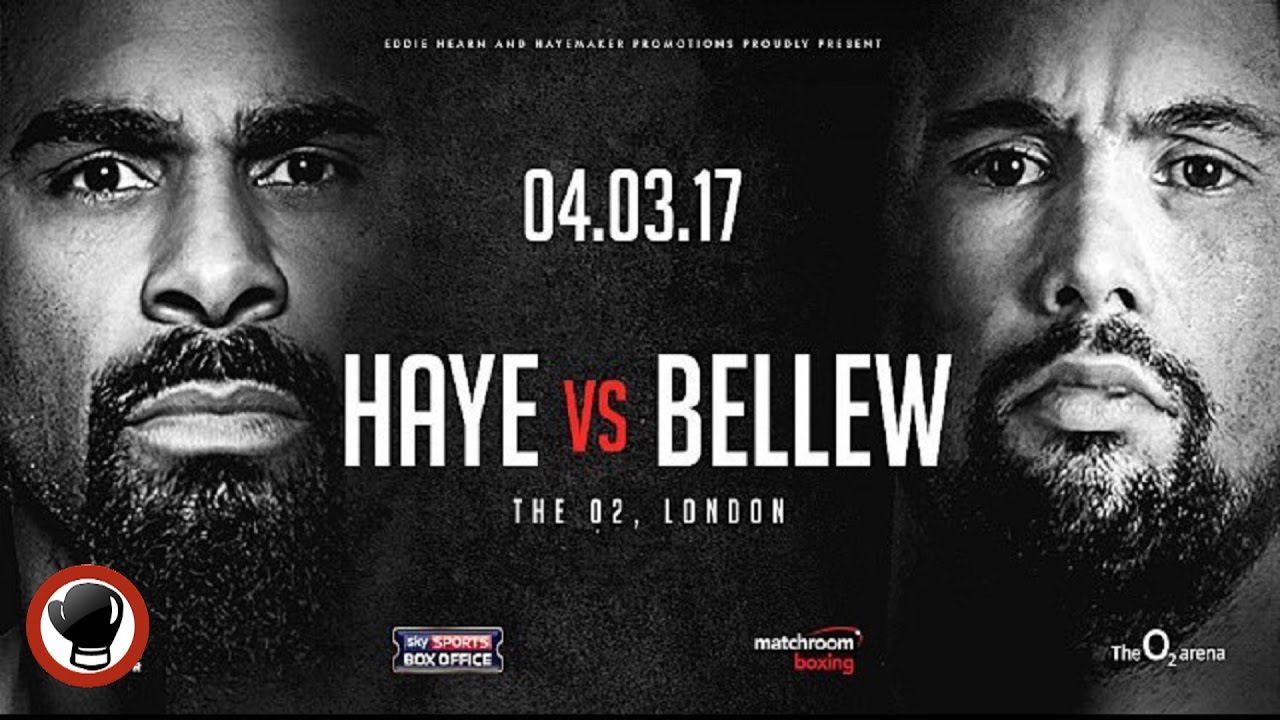 For any of you who haven’t seen the verbal dual that Sky Sports broadcast live soon after the Haye vs Bellew fight was announced, check out the link below. It makes for highly entertaining, edgy viewing. Bellew – despite a seesaw career that saw him lose at light heavyweight to both Nathan Cleverly and Adonis Stevenson before reinventing himself as a cruiserweight – seems brimming with confidence and clearly believes that he has what it takes to pull off a major upset.

For those readers not overly familiar with English colloquialisms, to be scouse, or a scouser,  is a popular term used to describe those people who are born and raised in Liverpool, similar to cockneys and London. “Gobshite” (think gob-shite) is a particularly Northern English term used to describe an individual who loves talking too much, often in a braggadocios manner. “Scouse Gobshite” therefore fits Tony Bellew perfectly.

Tony might just be the best trash talker in boxing since James Toney – before the slurring of his  speech rendered the American ring legend’s rants undecipherable. There is a wit, an edge and a genuine menace to Bellew’s threats and insults. He walks a fine line, holding back from using four letter expletives, but calling Haye among other things a clown, a bum, a diva and even “boy” on two occasions. There was no racism intended, and he used the word in a belittling manner rather than one designed to ignite racial tension, but it could easily have been taken that way. 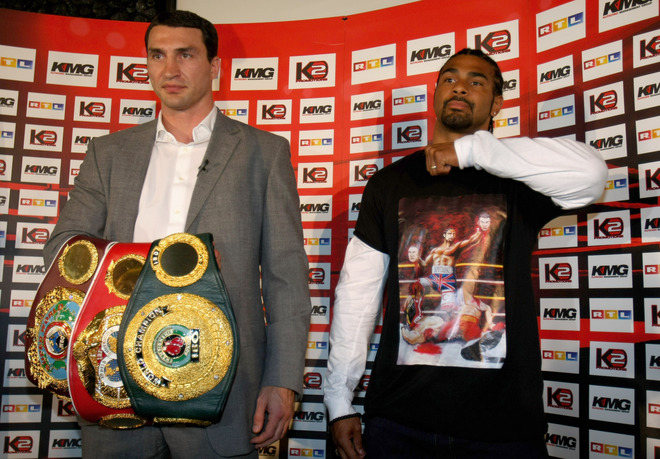 Ex-unified cruiserweight and WBA heavyweight champion Haye is no shrinking violet when it comes to prefight hype; this after all is the man who had T-shirts printed showing him holding the decapitated heads of the Klitschko brothers when he was angling for a heavyweight title fight with either brother back in 2009. In 2010 Haye infamously claimed his WBA heavyweight title defense against Audley Harrison would be “as one-sided as a gang rape”.

And although Haye is among the most charming and articulate of Britain’s recent roster of world champs, he is more than capable of losing his temper and getting down and dirty with a rival. Who could ever forget his 2012 brawl with Derek Chisora in Munich right after Del Boy had gone twelve hard rounds with Vitali Klitschko. And yet, Bellew’s hail of insults and complete lack of respect seem to have clearly rattled the Haymaker, and the fact that the left hook he landed on Bellew’s jaw in their press conference face-off at the weekend seemingly had no effect won’t help.

So, we know 34-year old Bellew (28-2-1, 18 KOs) can talk a great fight, and we have plenty examples of him doing the business in the ring. He survived two early knockdowns to stop big-punching Ovill McKenzie in an eight-round round brawl back in 2009. He showed he can box to a game plan when he thrashed McKenzie on points in the rematch. He went shot for shot with Nathan Cleverly when the Welshman was at the height of his powers in 2011, narrowly losing on points in a WBO light heavyweight title challenge. He showed his guile in two hard fought encounters with Isaac Chilemba drawing and winning on points, and while he was well beaten in six rounds by a peak-form Adonis Stevenson, he has bounced back as a cruiserweight, avenging his loss to Cleverly before winning the WBC 200 lb. title in May 2016 with a 3rd round KO of Ilunga Makabu. He subsequently defended that title with a third round stoppage of BJ Flores. Since moving up to cruiserweight Bellew is 8-0, with six wins inside the distance.

The bout will be at heavyweight, Bellew’s first as a pro. As an amateur Bellew won three-straight ABA titles at heavyweight, and he has regularly sparred with behemoths like 6’8”, 250 lb. fellow scouser David Price throughout his career. He will be preparing for this fight with hard hitters, and he won’t be surprised when the Bermondsey Bomber opens up and he samples a heavyweight punch.

Does he hit hard enough to hurt Haye if he connects? Bellew can certainly bang, and he has taken his power up to cruiserweight and added to it. Ironically, with the added poundage has come a greater relaxedness and flexibility where once he was stiff and mechanical, and that looseness has helped deliver more power in his shots. He can certainly hurt anyone he hits.

36-year old Haye’s (28-2, 26 KOs) chin is nowhere near as vulnerable as his critics like to pretend. Haye was stopped by veteran Carl Thompson, himself a former WBO cruiserweight champion, back in his eleventh pro fight in 2004. On that night Haye clearly ran out of gas, and after an explosive start he was knocked down and absorbed a hellacious beating before the fight was stopped in the fifth. He was also floored at cruiserweight early in his career by Lolenga Mock, and he was knocked down in a war with Jean-Marc Mormeck for the WBA and WBC cruiserweight titles.

Haye was briefly stunned by Monte Barrett when he first moved up to heavyweight, but in truth, since settling into the division, his chin has looked pretty sound. He even withstood some big right hands from Wladimir Klitschko in their dull encounter in 2011 Bellew has claimed that whoever connects first will KO the other, but while Haye’s one-punch knockout power is beyond question at heavyweight, it remains to be seen if that applies to Bellew.

Summing up, yes, Bellew can win this fight, but to do so he will need to weather what will be a six-round David Haye storm, and should he survive that, he can come-on strong in the second half of the fight and score a late stoppage. Bellew will need to be in the shape of his life and hope that Haye will be so keen to rip his head off that he will burn up a ton of nervous energy attempting to do just that in those early rounds. The last time Haye fought in these circumstances was against Dereck Chisora in 2012, and while Haye knocked Chisora out in the fifth, before he found that first big left hook that floored Chisora he was clearly running out of steam.

So ignore those naysayers who claim this fight is a mismatch. There are plenty of mismatches every weekend in boxing, this fight ain’t one of them. And while Tony Bellew is very much the underdog going in to this fight, he is also very much a live underdog!