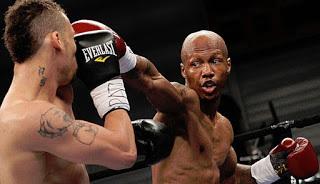 Former two weight world champion Zab Judah looked sensational as he stopped previously unbeaten Vernon Paris in the ninth round on Saturday night in an IBF junior welterweight elimination fight.
Fighting in his hometown of Brooklyn for the first time as a pro, Judah proved he was still very much a part of the 140 lb scene with a dominant display against the hottest young fighter in the division.

Judah dominated the fight with superior hand speed and technique, finally finishing off Paris with a volley of some fifteen unanswered punches. It was the perfect finish to a near faultless night for Judah, who had barely lost a round.

Afterward, a happy but humble Judah gave praise to God for the win and said –

“My team put in a great game plan for me, I just executed. I feel like I was fighting for my home turf again. My thing was to not go in there and get wild. I wanted to dictate the pace. He was looking to slip and throw some overhand wild shots to just try and catch me and that wasn’t going to work.” 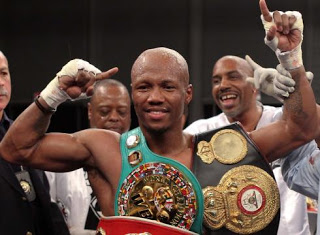 The win puts Judah in pole position to fight the winner of the rematch between Amir Khan and Lamont Peterson for the IBF and WBA light welterweight titles on May 19. Khan stopped Judah with a body shot in the fifth round last year. It is unlikely that Judah will get a chance for revenge anytime soon – win or lose Khan looks headed for the welterweight division next.

Judah had to endure a torrent of trash talk from Paris in the build up to the fight. It didn’t work – Judah proved beyond doubt that he is still a force to be reckoned with as he upped his record to 42-7 with 29 KOs. Paris lost for the first time in 27 fight (15 KOs).

“He tried to talk me out of my game,” Judah said. “That wasn’t going to faze me. I didn’t let none of that bother me.”