Home Archive Why Oscar Was On The Money In His Open Letter To Floyd... 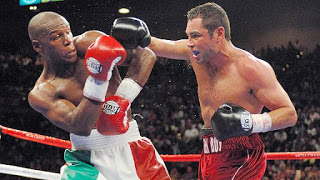 Oscar De La Hoya used Playboy Magazine as the platform to post a farewell letter to his supposedly retired nemesis Floyd Mayweather earlier this week, and boy did it throw the proverbial cat among the pigeons!

As expected, Oscar pulled no punches in the letter, describing Mayweather as stylistically boring and characteristically afraid, while claiming that the sport is now better off without him.

The letter is humorous and entertaining, biting and satirical. It is also right on the proverbial “Money.” Mayweather is of course all of the things De La Hoya says he is and much more: for example Oscar steers clear of mentioning Mayweather’s history of abusing women, his jail time for spousal abuse, even the ever-mounting evidence of his PED use, and pretty much sticks to boxing. 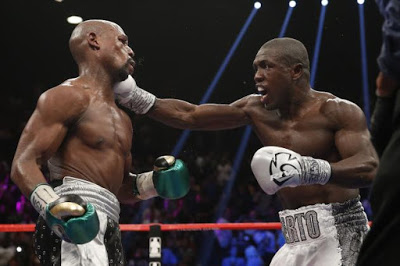 He begins by deflating Mayweather’s much hyped achievement of tying of Rocky Marciano’s 49-0 record, stating that the same record had been reached by other fighters including his idol Julio Cesar Chavez. He then goes on to slaughter Mayweather’s “farewell” fight against Andre Berto, describing it thus;

“How to describe it? A bust? A disaster? A snooze fest? An affair so one-sided that on one judge’s card Berto didn’t win a single round? Everyone in boxing knew Berto didn’t have a chance. I think more people watched Family Guy reruns that night than tuned in to that pay-per-view bout. But I didn’t mind shelling out $75 for the HD broadcast. In fact it’s been a great investment. When my kids have trouble falling asleep, I don’t have to read to them anymore. I just play them your Berto fight. They don’t make it past round three.” 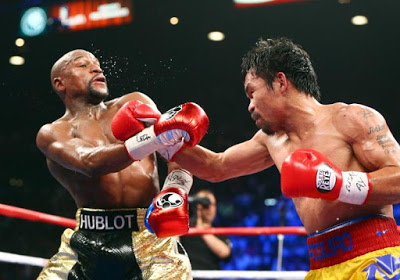 He goes on to remind Mayweather of what is possibly his greatest failing as a fighter – his fear.

“You were afraid. Afraid of taking chances. Afraid of risk. A perfect example is your greatest “triumph,” the long-awaited record-breaking fight between you and Manny Pacquiao. Nearly 4.5 million buys! More than $400 million in revenue! Headlines worldwide! How can that be bad for boxing? Because you lied. You promised action and entertainment and a battle for the ages, and you delivered none of the above. The problem is, that’s precisely how you want it. You should have fought Pacquiao five years ago, not five months ago. That, however, would have been too dangerous. Too risky.”

De La Hoya cites his own career as an example of a champion who was always willing to take on the very best fighters – at their very best.

“Me? I got into this business to take chances. I took on all comers in their prime. The evidence? I lost. Six times.” 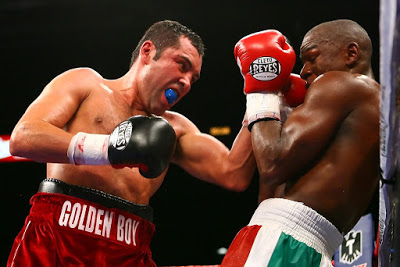 Without pride or shame Oscar mentions his losses to Tito Trinidad, Shane Mosley (twice), Bernard Hopkins, Mayweather and Pacquiao, painting a picture of a man who was always prepared to risk everything to fight the greatest challenge available at the time – in fact the polar opposite to the example set by Mayweather, who actively avoided his most dangerous foes altogether, or fought them when they had suffered heavy losses or were well past their sell.by dates.

Social media has been awash with comments both for and against De La Hoya’s letter. Many agree with him but others brand him bitter and jealous. Bitter one can understand – he did lose a close fight to Mayweather in 2007 that could have gone either way when he was 34 years old. 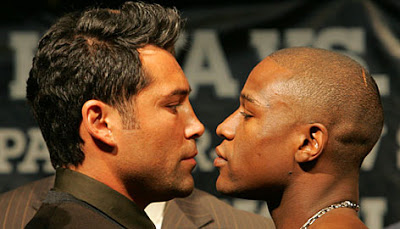 Jealous is harder to see. Sure Mayweather has retired (for now at least) undefeated and has (we assume) plenty of money in the bank. But Mayweather’s earning potential from here on in is minimal, and spending like a billionaire when you clearly aren’t one will get you broke real quick.

If Oscar stays sober he has in Golden Boy a promotional powerhouse that will supply him with a great living until he is as old as… well, promoters like Don King and Bob Arum.

No, De La Hoya isn’t really bitter or jealous. What Oscar is is glad – glad that the man he believes has been little more than a stain on the sport he clearly loves had finally gone away – hopefully for good.