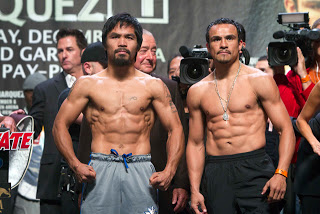 If the bullet that struck the head of President John F. Kennedy in Dallas in 1963 was the “shot that was heard all around the world”, so the straight right hand that felled the living legend that is Manny Pacquiao in the sixth round last December was the “punch that was felt all around the world.”

And although we can hardly compare the assassination of one of the greatest social icons in history to the fistic demise of one of boxing’s greatest ever fighters, there are some similarities; both were taken out by a lone gunman (modern experts now decree that Lee Harvey Oswald did indeed act alone), both events left us wondering “what if” (what if JFK had solved the world´s problems… what if Pacquiao had fought Mayweather… ), and both are steeped in various conspiracy theories (the grassy knoll, the “magic bullet”, PED’s etc). 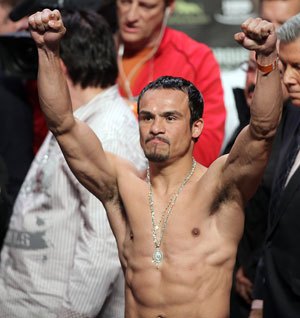 Without a doubt, Juan Manuel Marquez has never looked bigger, stronger, more muscular and more defined than he did at the MGM Grand that night last December, where he tipped the Toledos at a rock hard 143 lbs. Strangely enough, in a year that has seen world title winners Lamont Peterson, Eric Morales, Andre Berto, Antonio Tarver and Enzo Maccarinelli fail drug tests, there was a surprising lack of adequate testing for Pacquiao Marquez IV, even though Pacman had also long been suspected in some corners (Floyd Mayweather’s for example) to have used PED’s during his astonishing and unprecedented ascent up the weight classes, and Marquez’s improved musculature had already been commented upon suspiciously when the two fought for a third time a year earlier.

So, have both Pacquiao and Marquez been using steroids, growth hormone, insulin, clenbuterol or any other muscle building agent to bulk up their one time bantamweight (and in Pacquiao’s case, light flyweight) frames into welterweight proportions? 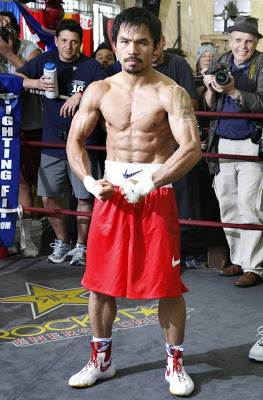 Well, not necessarily. In today’s culture, everyone is quick to assume that when a person, whether it be an athlete, rapper or a movie star, makes dramatic improvements to their physique in a relatively short space of time, it must be because of steroid or HGH  (Human Growth Hormone ) use. The reality is, anyone who has never previously embarked on an intense weight training program and at the same time increased their caloric intake cannot fail to make definite and often dramatic muscle gains in a matter of weeks, not to mention months.

The sport of boxing, especially when restricted by weight classes, forces an athlete to diet and train specifically for speed, agility and flexibility, often with the goal of being as ”big” as possible at the weight, resulting in the occasional 5´10´´ featherweight!

Many boxing trainers still believe that there is no place in boxing for weight training, despite other sports like soccer, tennis, cycling, even golf embracing weight training and reaping the obvious benefits of increased muscular strength. 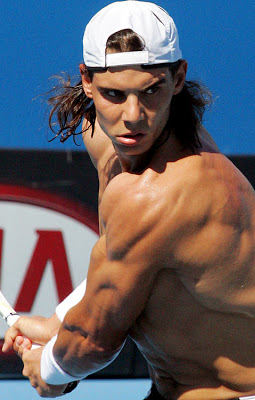 Fighters such as Pacquiao and Marquez – a Filipino and a Mexican respectively – often come from impoverished backgrounds. Had either man been born in the United States or a Western European country, chances are they would have been heavier from day 1. Both men stand around 5’7″, and Pacquiao in particular has a large head and big hands. Chances are, when he was fighting at light fly, fly and bantamweight  he was fighting with the after effects of malnutrition, and only really started competing at a healthy body-weight when he hit the 135 lb lightweight class.

Many boxers competing in lower weight classes have looked emaciated for years. Chances are, every time you see a bantamweight or featherweight who is so gaunt you can almost see their teeth through their cheeks, they are fighting at a dangerously low body-weight, maybe as much as thirty pounds below what would be their natural healthy weight.

Although everyone loves a good conspiracy theory, chances are neither Pacquiao nor Marquez has ever taken a performance enhancing drug in their lives. The most likely (and far less juicy) scenario is that they simply increased their protein and carbohydrate intake, embarked on a strategic weight training program and simply allowed their bodies to reach their natural dimensions for the first time in their lives.