Home Archive Why is there a lack of Support, Faith and Respect for British... 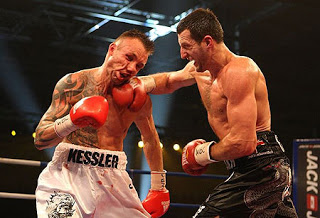 Britain’s elite boxers do not get the respect and support they deserve from the British public.

Since Hatton and Calzaghe’s retirement the new batch have yet to deliver a standard of fights to whet the appetite of the British public. However is the lack of support by the public justified or not? How many viewers will Amir Khan’s recently announced fight with Lamont Peterson attract?

Britain currently has four world champions with Khan holding two belts. Carl Froch has received more attention since competing in the Super Six and Ricky Burns and Nathan Cleverly are not exactly household names however their skills are appreciated by many true boxing followers.  David Haye if true to his word may not fight again but there are other good quality fighter’s around from our shores such as Kell Brook, Kevin Mitchell, Matthew Macklin and Darren Barker. Also expect bright futures from our last Olympic team which includes Frankie Gavin, James De Gale, Tony Jeffries, Billy Joe Saunders and David Price. Gold medallist De Gale was recently beaten by George Groves who has joined De Gale in being promoted by Frank Warren as well as Tyson Fury. 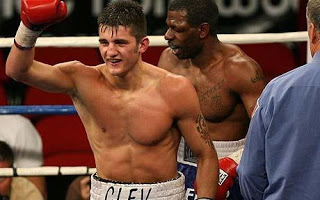 I’m not an avid supporter of every single one of these boxers but I do respect their achievements.  A cracking fight that has been announced that involves two British boxer’s is when Cleverly defends his belt against Tony Bellew. I believe Cleverly will wear down Bellew and may force a KO decision with his hand speed possibly without Bellew touching the canvas. Cleverly is a slick operator, with fast hands and has started to add more snap and power to his punches. Bellew is a hardnut to crack and will try to rough Cleverly up and will be in his face from the off. The press conferences and weigh-ins will have an added intensity due to a lot of bad blood between the boxer’s. Tony Bellew is a good fight for Cleverly because if he fights the wrong fight he will find himself in a war however if he fights clever Bellew won’t be able to double up the jab and land many power shots. This fight could help to reignite the British public however after this fight expect Cleverly to steer clear of the division’s big names as he need to gain more World Class experience before he goes near Hopkins, Pascal, Cloud or Dawson.  Eastern Europeans like Romania’s Adrian Diaconu or Zsolt Erdei maybe on the radar or even Spain’s feather fisted Gabriel Campillo all of which would allow Cleverly to grow in to a long-term champion instead of being too much too soon.

Carl Froch was damaged by slow progression to top level boxing which has many of the public thinking he may be all bark no bite. However, since he squared up and defeated Jean Pascal in an all action fight he has fought well against top level opposition and Pascal’s reputation has grown which also should make Froch’s victory seem a bigger achievement. Froch started slowly when fighting Jermaine Taylor after the Pascal fight but boxing isn’t all about the start but about the finish too. Maybe Froch was lucky that his next fight was against Taylor considering Taylor was on a huge decline as a fighter on top form may not have allowed Froch to turn the fight around but he did turn the fight around and has been fighting well since.  He has now defeated Andre Dirrell, Arthur Abraham and Glenn Johnson to reach the Super Six Final retaining the belt he lost to Mikkel Kessler in the only defeat of his career earlier in the competition. He now faces the toughest fight of his career against Andre Ward in the final.

The final may be seen as a no lose fight for Froch as Ward is going into the fight as favourite but defeat to Ward should not damage Froch’s growing reputation. If Froch defeats Ward expect him to face up to Lucien Bute before exiting to the Light Heavyweight division however defeat to Ward will see Froch go straight to the Light Heavyweight division. Pascal is likely to be open for a rematch against Froch however he may opt for Tavoris Cloud first. If Froch beats both of these fighter’s expect to start hearing him call out whoever the Ring Champion is in an attempt to emulate Joe Calzaghe. If it is Bernard Hopkins (current champion) it maybe a step to far unless B-Hop starts showing signs of his age however if it is Chad Dawson I think Froch has a chance. If successful don’t rule out Froch attempting to gain a belt in the Cruiserweight division. 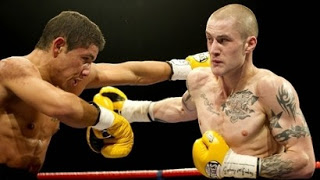 Ricky Burns will be disappointed with his last fight against Nicky Cook. The crowd were treated to a fine fight beforehand with Kevin Mitchell defeating  John Murray despite Murray’s attempts to stalk Mitchell and wear him down. Cook either entered the ring with the injury hoping to see the fight through or it was a freak injury but either way Burns did not get the chance to show off his talent as he would have hoped. Defeating Roman Martinez on points gave Burns the title and he has now defended it three times. Talk of Burn’s fighting Mzonke Fana for the vacant ring title or a potential unification bout have been placed to one side as Burns is taking on Michael Katsidis on November 5th. Fireworks night and in any Katsidis fight their generally is fireworks as the Aussie fighter is tough but likes to defends himself face first which often results in him being cut. Katsidis is no stranger to British shores defeating Graham Earl and Kevin Mitchell in London. Burn’s needs to keep his distance and fight from the outside in a similar style to when Mitchell beat Prescott – if only Mitchell used this tactic against Katsidis himself.

Finally to Amir Khan a boxer I used to love to hate but now just love to watch. I didn’t dislike Khan because of his boxing style or Khan himself but more because of the unjustified early hype surrounding Khan. Yes Khan won a silver medal at the Olympics but the accelerated hype surrounding him and headlining terrestrial television boxing events made him out to be the real deal straight away. This I believe to be the fault of Frank Warren who should have arranged for the Main Event to also be televised on terrestrial television relieving some of the pressure from Khan. When Khan moved to Sky again he was not on the networks  televised undercard and was fighting average boxers who were used to competing at a lower weight. The boxers were feather fisted and allowed Khan to build his win column quicker than he could learn true ringmanship. For me Khan’s fight with Marco Antonio Barrera represented the turning point – not because of Barrera’s quality as he was past his best and fighting at an unnatural weight but because Barrera was the main name. The defeater of Prince Naseem to many of the UK’s non die hard fight fans and a ring legend for the die hards. The odds again were stacked in Khans favour but this time American fight fans had more of an interest. 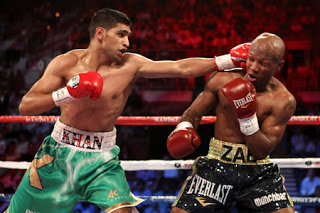 Khan then defeated Kotelnik to capture his first World Title before blowing away Dmitry Salita. Khan then switched to Golden Boy Promotions and is now facing quality opposition every time fights. Paulie Malignaggi first who is a very tough cookie to crumble and normally wins fights by perfecting the art of hit without getting hit but he could not avoid Khan’s punches. Khan dominated the fight and won respect however Malignaggi was not realistically going to threaten Khan with a knock down but more a danger with speed. Khan supposedly has a glass jaw which was previously exposed by Breidis Prescott and was avoiding a heavy puncher but then he lines up Marcos Maidana. Maidana is a puncher who has serious one punch knock out power in his fists. If you have not seen this fight you must watch it and in one fight it will demonstrate why Khan’s future fights are a must watch.

It shows Khan’s speed and power but also that he loves to trade punches even with dangerous punchers. Late on Maidana caught Khan flush and looked like he might finish Khan off but could not pin Khan down. It raises questions on if Khan gets caught what will happen which adds to the excitement surrounding Khan. I was disappointed that Khan next fought McCloskey however no one appeared to want to fight him at the time. Khan confirmed his class by beating Judah, whether you believe that Judah is right in that the knockout punch was a low blow the fact is Judah probably could of got up but just didn’t want to – why? He knew that by Khan was better, stronger and more powerful in all area’s. Khan now has everything you want in a fighter he is strong, quick, powerful yet not invincible – people don’t want to know the outcome before the first bell rings in every fight.