Home Archive Mosley, His Legacy and His Plan to Ruin Everyone Else’s 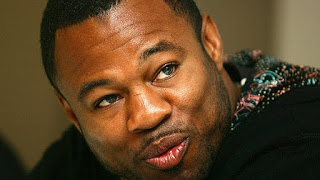 Sugar Shane Mosley sits upstairs in the man cave at his training compound, the one with a massage table in the corner and a hot tub on the deck.

At 38 years old, he is the last of the 1992 Olympians still fighting. Yet Mosley continues to venture inside boxing rings to affirm and enhance the subject for which he cares most deeply: his legacy, as a Sugar, as a boxer, as, he hopes, an all-time great.

“People that follow boxing know that I’m a maniac,” Mosley said. “The ones that don’t say I’m old and slow, I’m this and that. All this stup-id-ness.”

He spit that last word out like a piece of rotten food. Gone was the smile that defines him, replaced with a nervous laugh.

“They look past greatness,” he continued. “I’m a legendary fighter. I’ve been battling for years. Battling. And battling. It doesn’t sit right with me, being on the back end.”

He leaned forward, his body shaking as if on vibrate, his penetrating blue eyes filled with anger, frustration, disbelief.

“I have another idea,” he said, voice rising. “This here is the year of the monkey wrench. Write me off. I’m throwing a wrench in everybody’s plans.”

Mosley (46-5 with 39 knockouts), not Manny Pacquiao, will meet Floyd Mayweather Jr. (40-0 with 25 knockouts) on Saturday night in a welterweight fight in Las Vegas. He will showcase that misleading smile, a toothy grin framed by a thin mustache, a small gap between his front teeth.