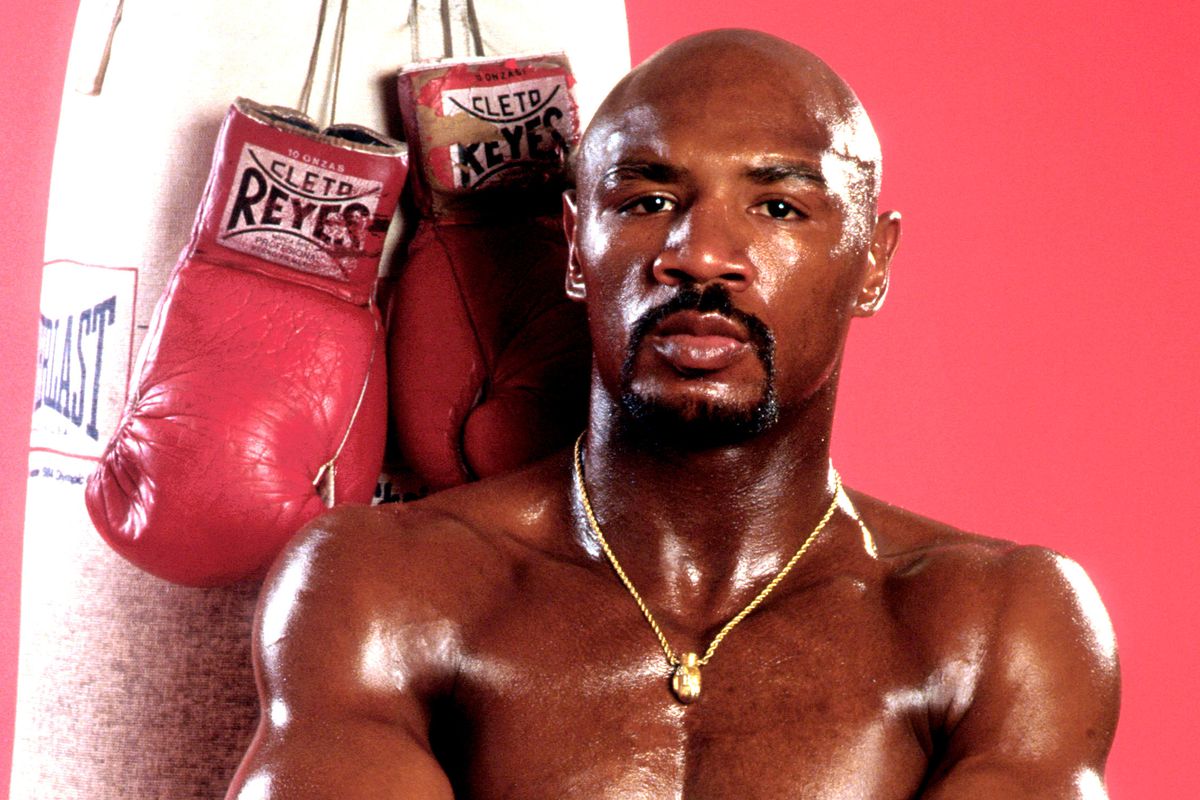 What’s more, in an era when today’s modern boxing fan is quick to pour scorn on fighters of the 70s and 80s with claims that “they weren’t so great”, virtually everybody had to agree that didn’t (couldn’t) apply to Hagler. Marvin’s own unique combination of boxing skills, aggression, superhuman fitness, power punching and perpetual motion, all invariably done from a southpaw stance would’ve been a match for any great middleweight, past or present, from Ketchel and Greb to LaMotta and Robinson, from Monzon and Hopkins to Golovkin and Canelo. 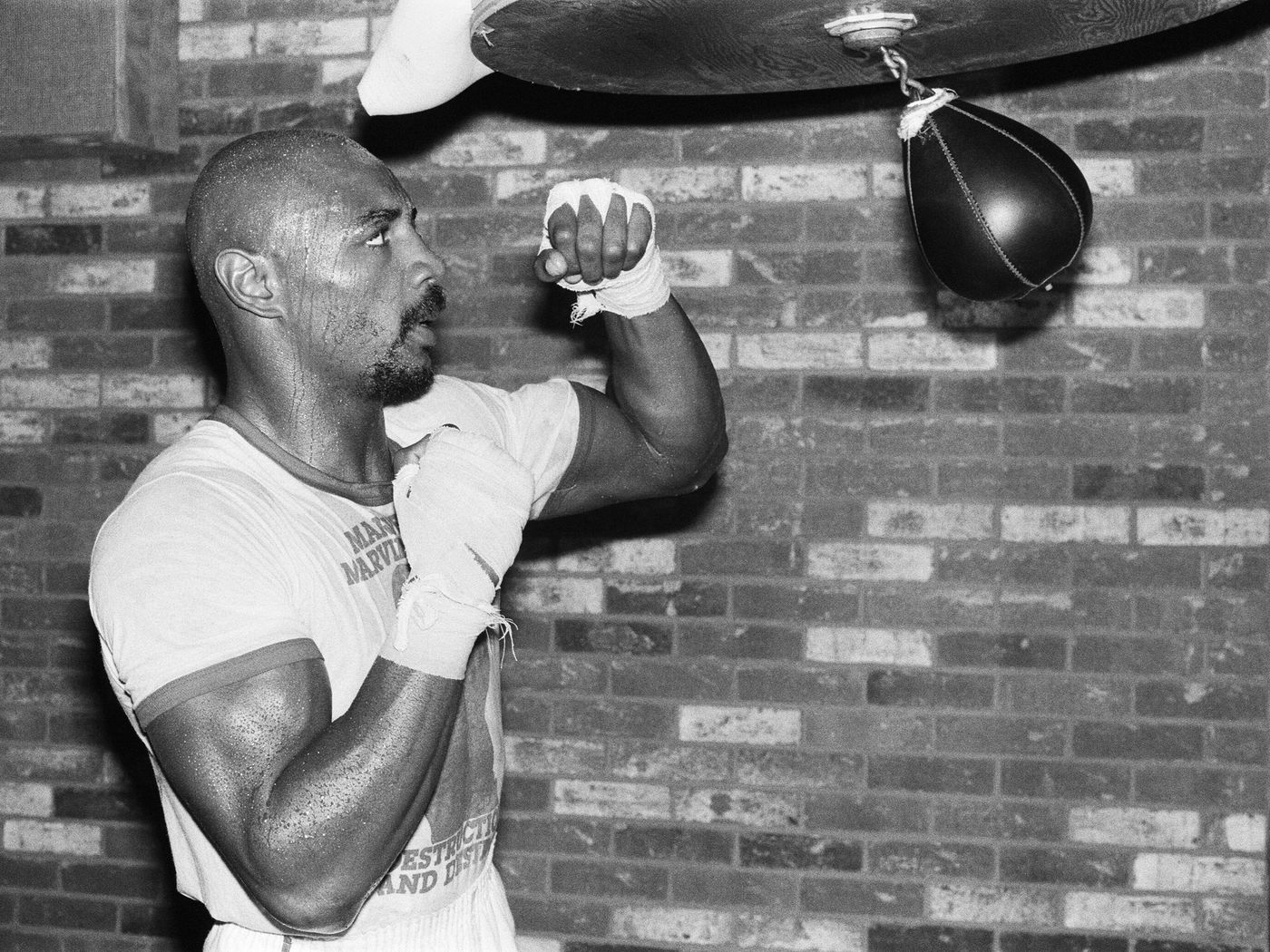 As a schoolboy in the late 1970s, I was an avid reader of The Ring magazine. Long before I saw Marvin Hagler fight I was well aware of what he looked like and how good he was, because The Ring were calling him “the uncrowned middleweight champion” years before he had his first title challenge.

It was an era when boxing on TV in the UK was limited to mainly UK fighters taking part in British, European and Commonwealth title fights shown midweek on the BBC. Muhammad Ali’s fights were shown a couple of days later on the BBC, and after Ali retired, ITV would show the best heavyweight bouts of that time featuring Ken Norton, Larry Holmes and Earnie Shavers on their weekend afternoon sports program World of Sport.

It wasn’t until Sugar Ray Leonard came along that the lighter weight classes were given a look in. Two of the greatest fighters in history – Carlos Monzon and Roberto Duran in his prime at lightweight – were given no UK TV exposure.

The Losses To “Boogaloo” & “The Worm” 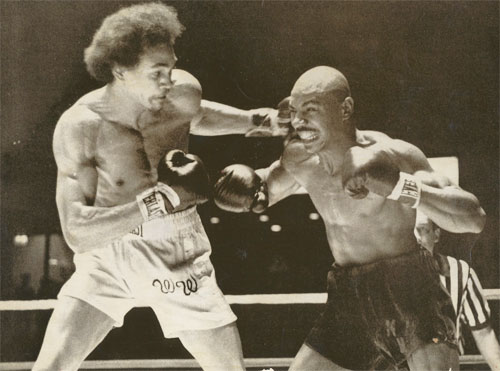 Hagler had been a professional for three years and was 25-0-1 when he lost for the first time. Determined to test himself against the best fighters available, he instructed his management to make bouts with the best 160-pounders fighting out of Philadelphia at that time.

The result was Hagler suffered his first defeat, dropping a 10 round majority decision to Philly prospect Bobby “Boogaloo” Watts in January 1976 at the legendary venue of the Spectrum in Philadelphia. Two months later, following a two round KO over Matt Donovan in February, Hagler lost for the second time, dropping a unanimous decision to another Philly star in Willie “The Worm” Monroe, again at the Spectrum.

Marvin returned to the Spectrum a third time in September 1976, forcing another talented local fighter in Eugene “Cyclone” Hart to quit on his stool after eight rounds. Both Watts and Monroe were excellent fighters in their own right, and like other black middleweights of that era including “Cyclone” Hart, David love, Mike Colbert, Sugar Ray Seales (who Hagler fought 3 times)  and Edgar “Bad News” Wallace, were part of a 1970s version of “Murderers Row” that included Hagler himself. Apart from Hagler, none of this group would get a world title shot.

In 1977 Hagler would avenge his loss to Willie Monroe with a 12th round TKO in Boston. The rubber match took place at the Spectrum that August, and Hagler was at his brutal best, demolishing Monroe in two rounds.

Part of the appeal of Hagler for myself was that he was like a middleweight version of one of my favorite fighters at that time, the late heavyweight champion Sonny Liston. Like Liston, Hagler appeared to be physically intimidating, and also like Liston was in the late 50s and early 60s, Hagler was being avoided like the plague. Many including myself believed then – and now – that Liston was the best heavyweight in the world for at least four years before actually winning the title.

By the time I first saw Hagler on TV, he had avenged both of his defeats and was first being spoken of as the best middleweight in the world. Hagler was fighting tough Argentinian journeyman Norberto Cabrera in France. The year was 1979, and it was Hagler’s final bout before he challenged Vito Antuofermo the following year for the world middleweight title.

Sometimes, when you first see someone or something that’s been given a ton of hype, it’s somewhat anti-climatic. Not so with seeing Marvin Hagler the first time. He was even more physically impressive than the grainy black and white photographs in The Ring magazine showed. The most physically impressive fighters I’d seen up till then were Ken Norton and Mike Weaver, but Hagler blew both of those clean out of the water.

This guy literally had muscles on top of his muscles. These days we are used to seeing extremely muscular individuals like Schwarzenegger, Stallone and the Rock on TV and film, but back then we’d seen nothing like it. What’s more, Hagler blew away the myth that being muscular drained a fighter’s energy; the guy was perpetual motion, all relentless punching and feinting, and all accomplished with bouncing footwork. Hagler may have suffered a flash knockdown at the start, but he subsequently dominated a very game opponent and took out Cabrera in the eighth round with a barrage of punches. 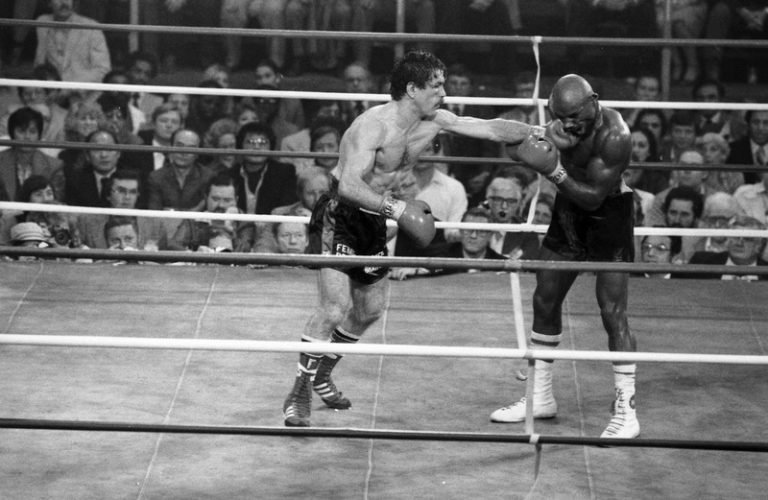 Whether or not Marvin Hagler was robbed in his world title challenge against Vito Antuofermo is irrelevant; the truth was that to hard-core boxing fans, the fact that Hagler had been the taken the distance and given all he could handle by a short, cut prone, limited fighter with mediocre power like the lovable Vito was the same as a defeat.

Without doubt, from the eighth round onward the Italian-born Antuofermo slowly began to outwork Hagler, who seemed to be tiring by the 11th round. Even legendary fight commentator Howard Cosell can be heard to say the fight was becoming “suspiciously close.”

Even when Hagler stunned Antuofermo in the 14th round with a straight left, Vito went on the attack. And what the Italian proved highly adept at was fighting “in the pocket”, neutralizing Hagler’s long reach by staying in close and ripping off combinations to the head and body.

If years later, the first round of Hagler’s “War” with Tommy Hearns would be unanimously decreed as the greatest of all time, spare a thought for what should be a contender for the greatest 15th round of all time. Antuofermo doesn’t stop punching, even when Hagler drills him repeatedly with straight lefts that rock his head backward. The action is frenetic, as the previous 14 rounds had largely been.

Both fighters and their corners are convinced they’ve won. Cosell speculates that it could be a draw, and he’s spot on. In truth, the draw seemed about right. Antuofermo had fought like a tiger, and he was never the same again.

For a while at least, Marvin Hagler had become human. Not for long.