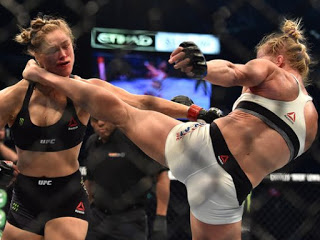 The Boxing Post does not normally cover mma matchups, but here’s an exception to that rule.
On Saturday night in Melbourne ex-champion boxer Holly Holm flattened Ronda Rousey in two rounds to win the UFC bantamweight title.

Holm dominated the fight from the start, drilling Rousey with hard lefts that effectively won the contest and softening her up for the final KO kick – proving what all boxing fans long suspected – that any skilled boxer who learns a little of the art of grappling will do very well in mma.

As sporting upsets go it doesn’t get much bigger or better than this. Right now 28-year old Rousey is the highest profile female athlete on the planet, with more column inches and crossover appeal than tennis giants Serena Williams and Maria Sharapova. ESPN voted her Female Athlete of the Year, and she reputedly earns $10 million per-annum from endorsements. 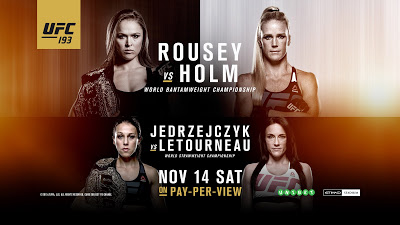 Rousey had won her previous five contests in a total of 3:08 minutes. She had co-starred in The Expendables 3 and spent the summer calling out Floyd Mayweather. She was the highest paid athlete on the UFC’s roster, and her fight with Holm drew a record live gate of 56,214 at the Etihad Stadium in Melbourne, Australia.

34-year-old Holm, unbeaten in nine previous fights in mma and 33-2-3 as a boxer – was not expected to be any kind of challenge for the all-out aggression of Rousey, herself a bronze medallist at judo in the Beijing Olympics of 2008 and 12-0 in mma.

Rousey had boasted that she could beat any challenger “one-handed”, and she clearly believed her own hype, as instead of attempting a quick take-down she chose to trade punches in the center of the ring with southpaw Holm, and it quickly became apparent that she lacked the technique, skill and power to do so. 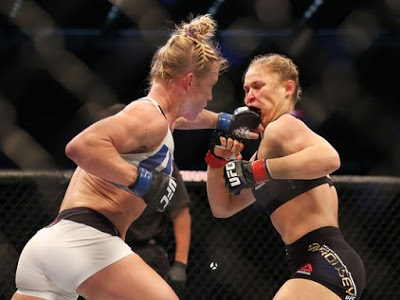 Holm easily blocked Rousey’s best shots, and effortlessly slipped her wild haymakers, all the while tagging her opponent with thudding straight lefts, additionally stepping in to catch her with hard elbows to the face. Even when Holm scored a take-down over Rousey, she elected to get back on her feet and continue to box. After a one-sided opening round the end came at 59 seconds of round two when Holm caught a dazed and off balanced Rousey with a vicious left-footed kick to the jaw that rendered her out cold before she hit the deck.

As by far the highest profile name in the UFC – Rousey’s defeat is a devastating setback both for the athlete and the organisation itself. The UFC’s president Dana White, many of its fighters and the majority of its fans have long held the opinion that theirs is the superior sport, and that any boxer would lose easily should they choose to step inside “the octagon” – often citing the example of an obese and ancient James Toney losing quickly to UFC veteran Randy Couture in 2010. 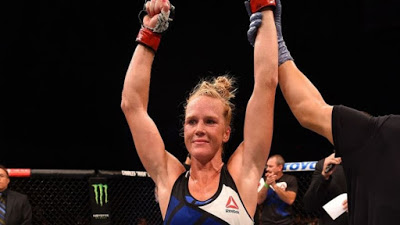 Holly Holm has exploded that myth forever, proving that with sufficient focus on learning some ground skills, the superior technique and striking power of a top boxer will give them a massive advantage over any high ranking mma fighter, who are more often than not badly lacking when it comes to boxing skills.

That said, Rousey is still likely to start as favourite should the two meet in a rematch, which if it happens will be one of the biggest sporting events of 2016.